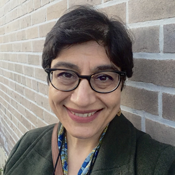 If you have a specific newspaper in mind, search the title in Scholar OneSearch to find if Northeastern has access. Here are some highlights from our collections: