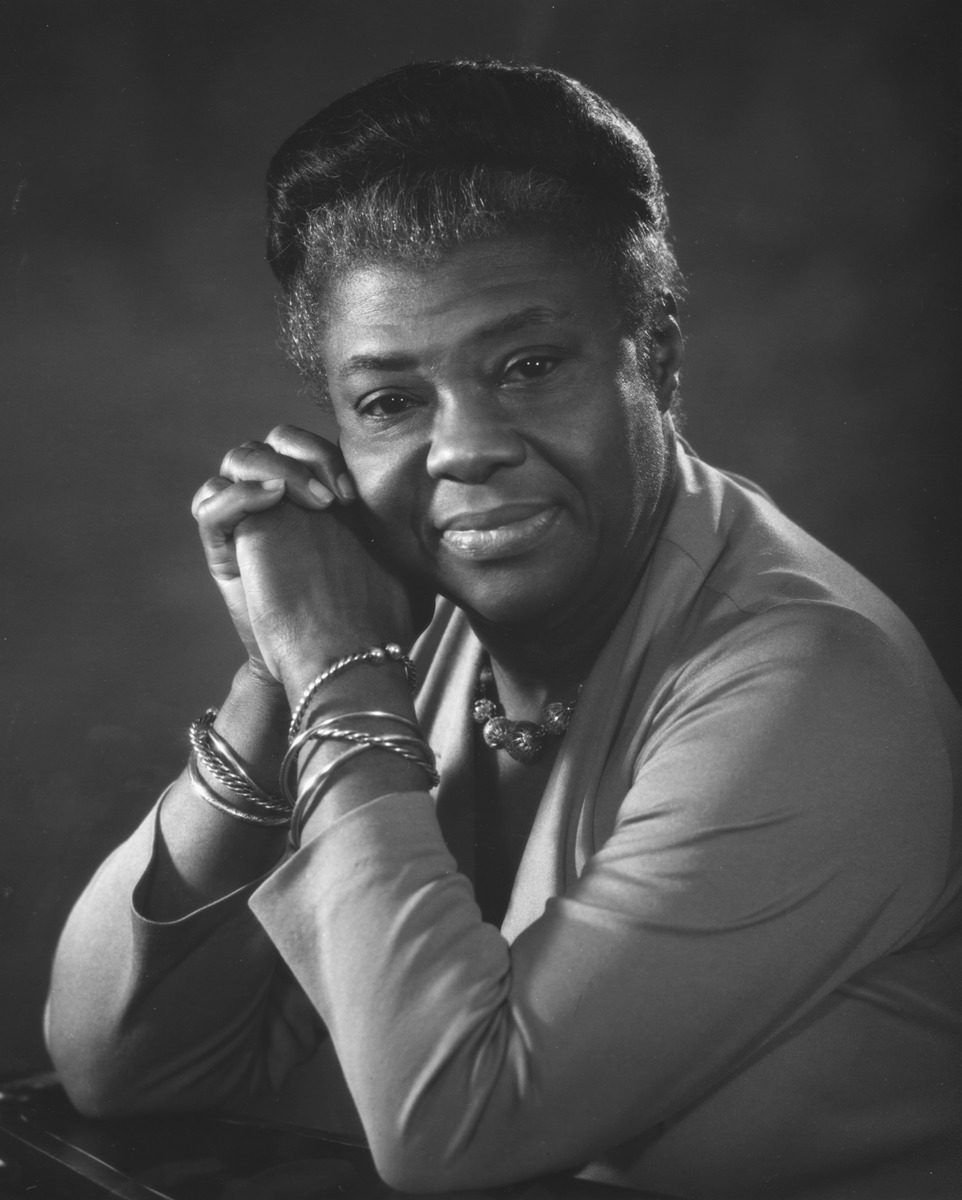 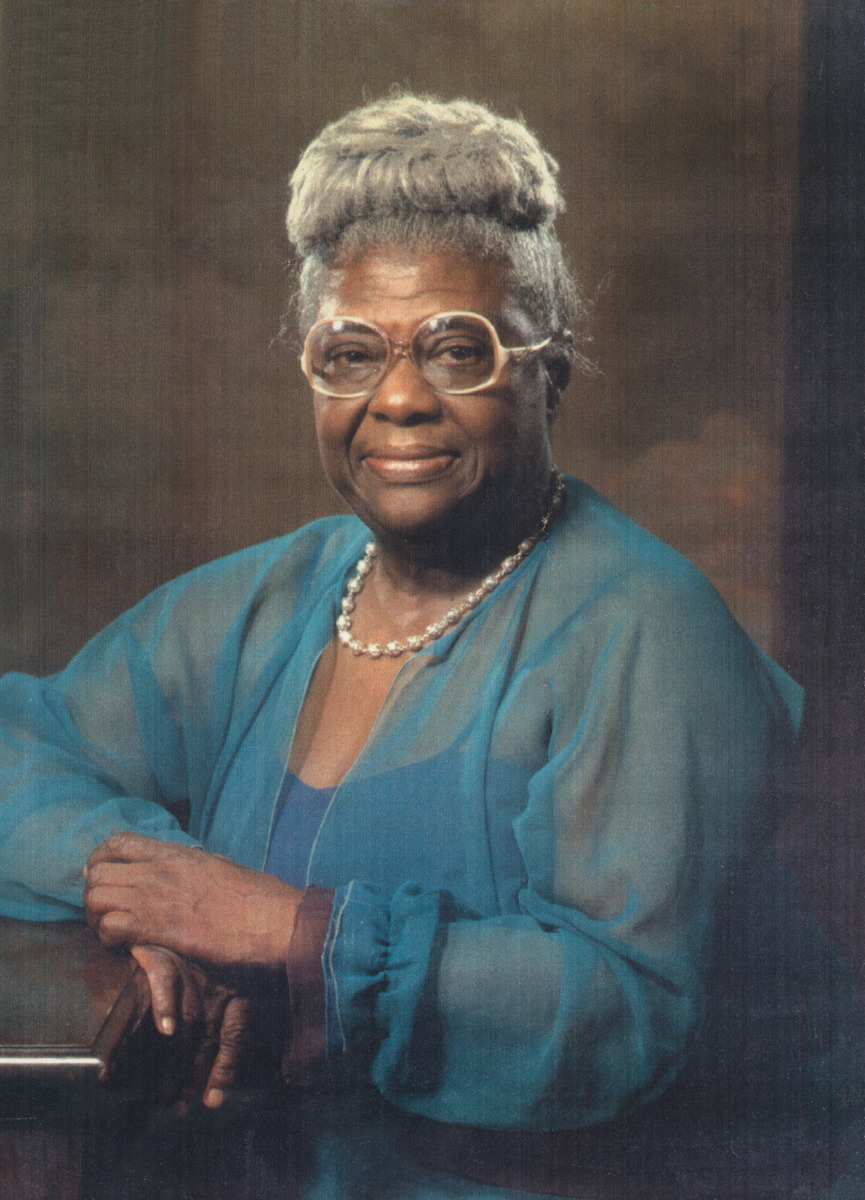 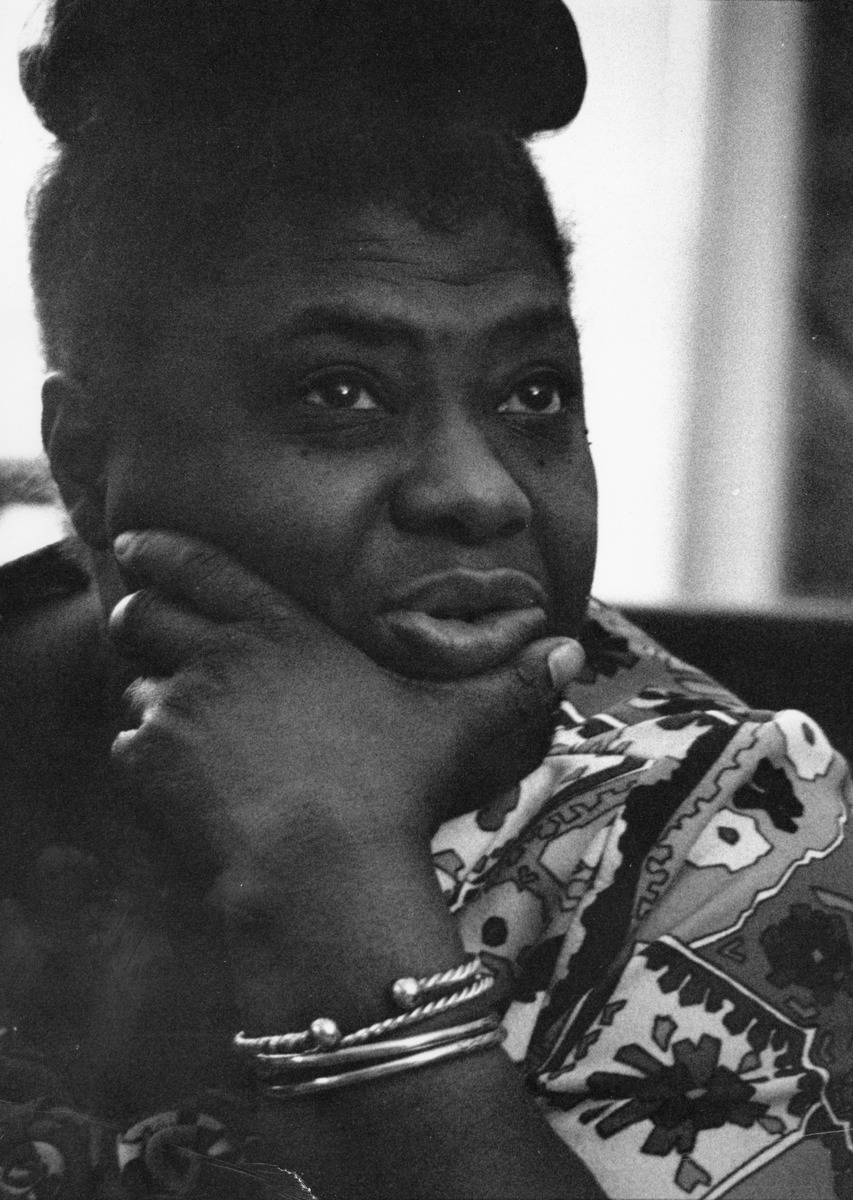 Elma Lewis was born on September 15, 1921 in Boston, Massachusetts.  Her parents, Clairmont and Edwardine Lewis, emigrated from the West Indies and both were followers of Marcus Garvey, founder of the Universal Negro Improvement Association.  As a child, Lewis was exposed to the ideals of Marcus Garvey, which instilled racial pride and influenced her to promote African culture.

Lewis was educated at the Boston Public Schools, Emerson College (B.L.I., 1943), and Boston University School of Education (M.Ed., 1944).  She taught dance, drama, and speech therapy, and established the Elma Lewis School of Fine Arts in 1950, the National Center of Afro-American Artists in 1968, and the Museum of the National Center of Afro-American Artists in 1969.  The three organizations are national and regional cultural institutions for the performing and visual arts.  During a time of political and racial strife, Elma Lewis sought to bring peace and unity through the School's Playhouse in the Park program, a summer theater in Franklin Park, which began in 1966 and featured performances by Duke Ellington and other celebrities.

Lewis received numerous awards and citations for enriching the cultural life of the African American communities locally and nationally, including a MacArthur Foundation Prize Fellowship in 1981 and the Presidential Medal for the Arts in 1983; she also has received numerous honorary doctoral degrees.  She was a board member of the American Academy of Arts and Sciences, Boston 200, Congressional Black Caucus, Metropolitan Cultural Alliance, Museum of Fine Arts, NAACP, North American Zone: 2nd World Black and African Festival of Arts and Culture, Office of the Mayor of Boston, and WGBH among other organizations.  She has published a number of articles on the history of the Center and the School, and the contributions made by African Americans to the arts, literature, politics, religion, and science. Elma Lewis died on January 1, 2004, at 82 years of age. 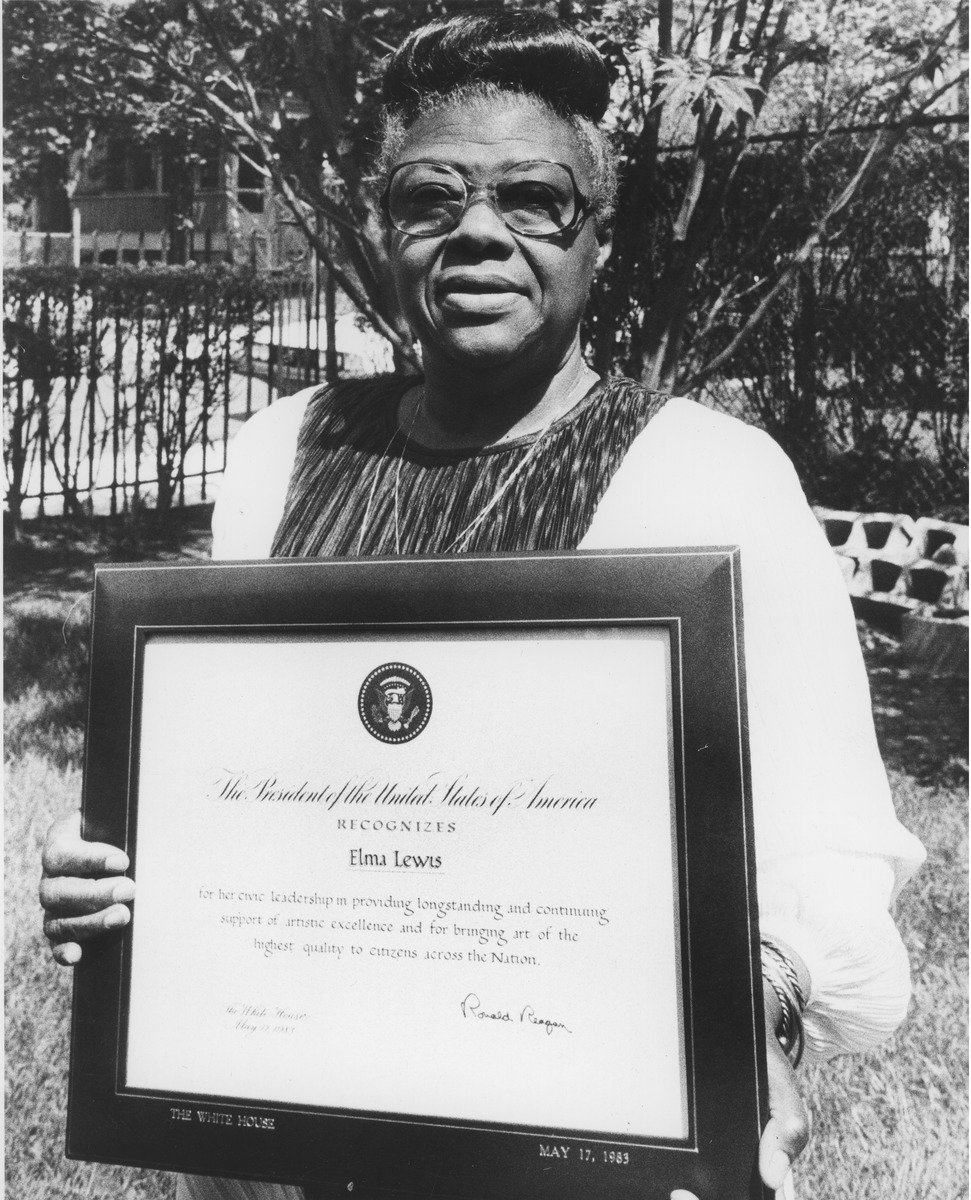 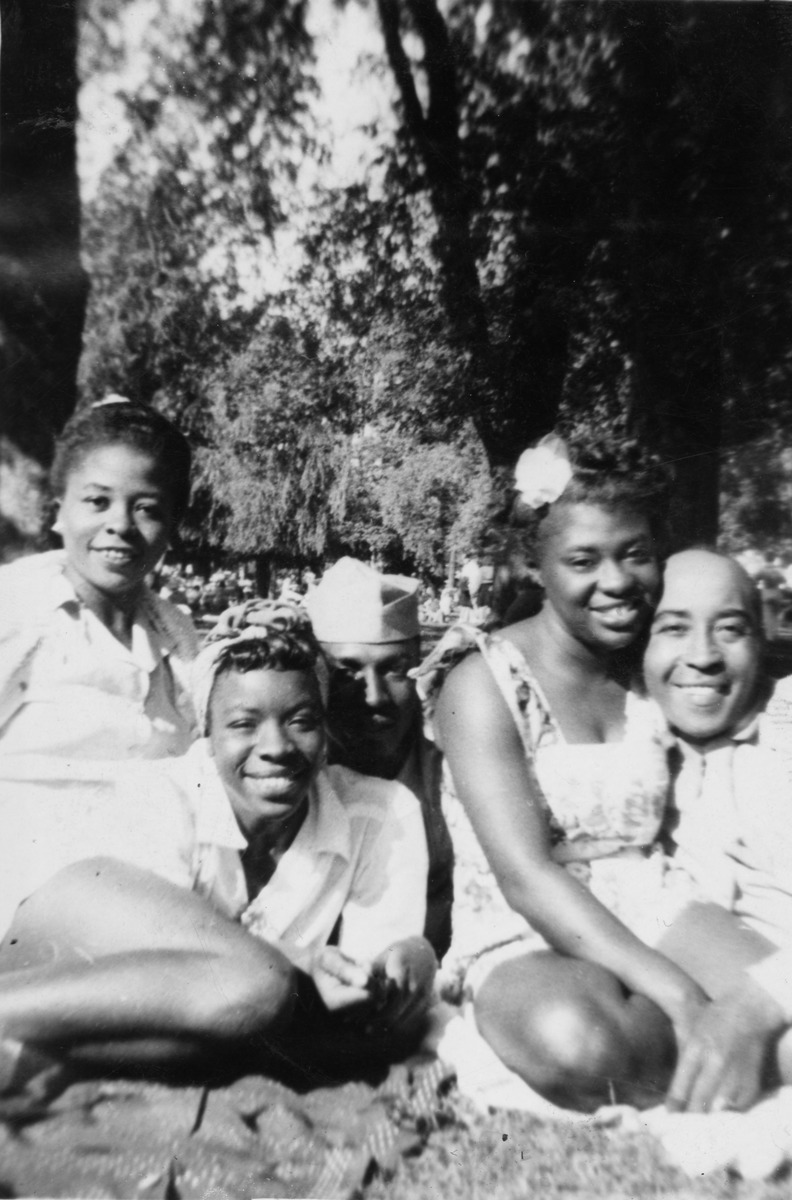 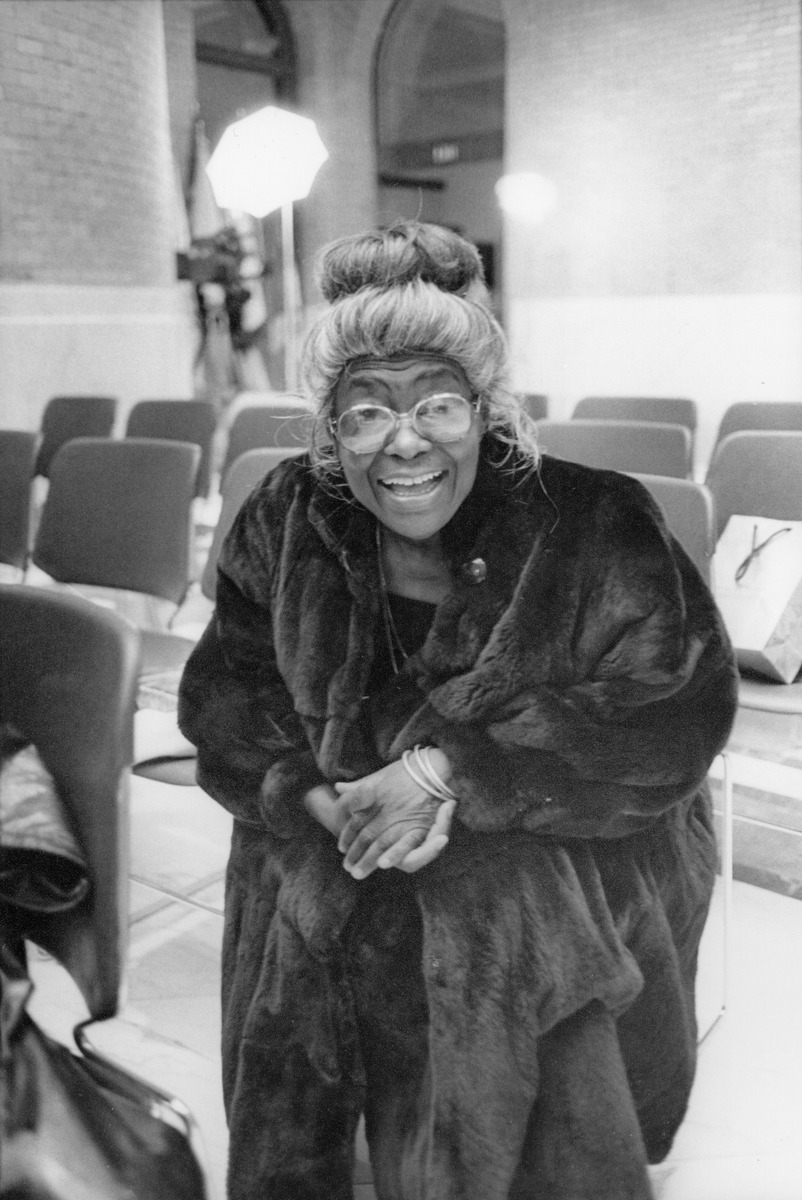 The collection also documents Lewis' education, and it includes her writings on the history of the Center and the School; transcripts of interviews with Lewis on the arts in the African American community and the influence of Marcus Garvey; and materials documenting the 1971 libel suit Lewis brought against Rabbi Marvin Antelman of the Jewish Survival Legion after a press release was circulated that accused Elma Lewis of crimes against Jewish people.

Lewis' professional activities outside of the Center, the School, and the Museum as an advisory board member, committee member, panelist, lecturer, and spokesperson for educational and cultural organizations are also documented in the collection.  Photographs and videotapes documenting her personal and professional life are found in the National Center of Afro-American Artists records (M42).

Questions about how to access the Northeastern University Archives and Special Collections records? Need help getting started on your research journey?