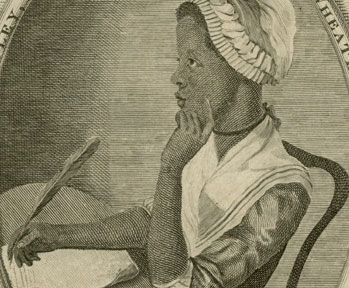 Detail from frontispiece of Poems on Various Subjects, Religious and Moral, Written by Phillis Wheatley, First published in London on September 1, 1773. Courtesy of Massachusetts Historical Society.

Explore advertisements for slaves like this one, from the Boston Gazette, 1720, in Early American Newspapers.

The Boston Massacre, a skirmish between British troops and civilians in downtown Boston, which resulted in the death of 5 civilians, is marked at the Orange Line's State Street Station. 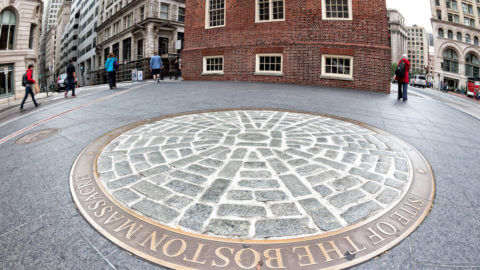 Crispus Atticus, a free man of African and Native American descent was killed and later became an icon of the abolitionist movement.  (more at the  Boston Public Library Website).

During the revolution, both the British and the American revolutionaries attempted to recruit Black people to their side.  The British promised slaves their freedom in exchange for military service, and therefore many were evacuated to Canada, the British Isles, the Caribbean, and eventually some to Sierra Leone after the war.

The rhetoric of the revolution and its democratic principles fed directly into the establishment of an abolition movement after the war.